New forensic research and a human comparison analysis suggests that Amelia Earhart survived well beyond the date of her 1937 disappearance, and after opting for future privacy, she lived the last half of her life in the United States with a different name applied to her person. 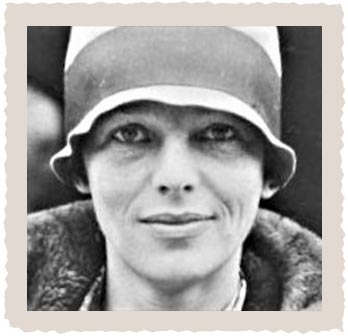 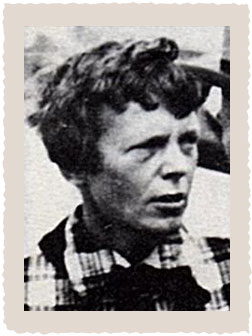 Amelia Earhart in 1937, just before she went missing. 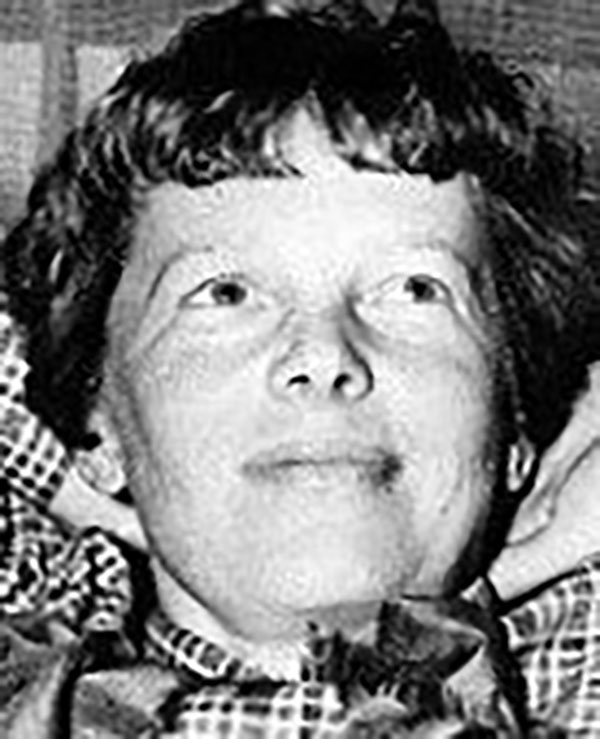 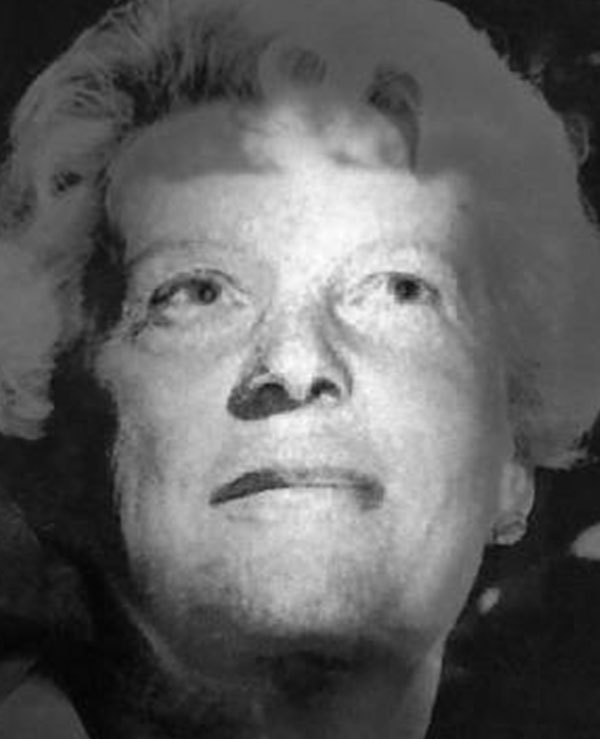 Dating back to the 1970s, when a team of investigators first asserted that Amelia Earhart somehow managed to survive her 1937 disappearance and the World War Two years, the person known as ‘Irene’ who they identified as the ‘former’ Amelia Earhart living incognito, refused to comply. It went unnoticed afterward, however, that their bold assertion was never disproved.

Since that time, although met with ‘official silence’, four nationally published books, the last one being issued in 2016, concluded that the investigators’ claim was indeed correct all along. Follow up investigators learned that Amelia Earhart had a 1930s’ pilot friend by the name of Irene Craigmile, and their forensic research determined that her demise was covered over in order to allow the former Amelia Earhart to assume her identity.

Sounds far fetched, no? Here is the story you never knew, correctly elaborated on for the first time, after a 21st Century human comparison study determined that it was never an outlandish notion to suggest that Amelia somehow survived her ‘missing person’ case, and in time she assumed the leftover identity of her former acquaintance, Irene O’Crowley Craigmile. Content Goes Here 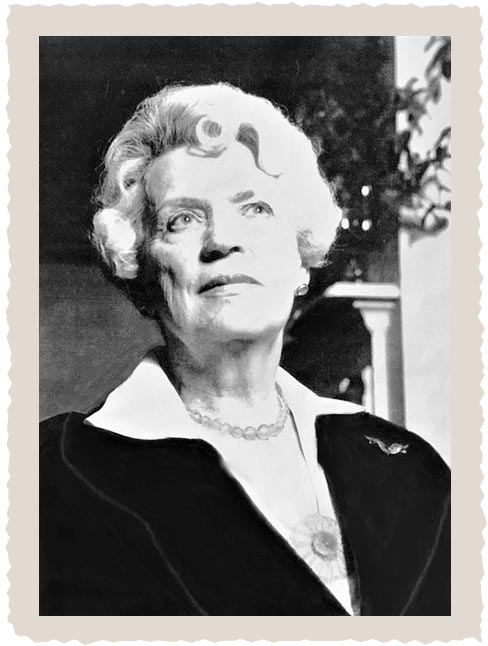 The person shown here in 1977 was known as Irene O’Crowley Craigmile. According to record, she was born in 1904. New forensic research has determined that she appeared nowhere identified as ‘Irene’ prior to the 1940s. Per the comparison Exhibits displayed here, to those not familiar with the controversial circumstances of Amelia Earhart’s 1937 disappearance and subsequent ‘missing person’ case, this now fortified reality is important to comprehend.

It appears that the results of a recent forensic comparison study may have exposed the former identity of this post-1940 only Irene.

The overall congruence she demonstrated to Amelia Earhart when she was compared to the legendary pilot, left some individuals to ascertain that prior to the 1940s, this person likely was known as, Amelia Earhart. 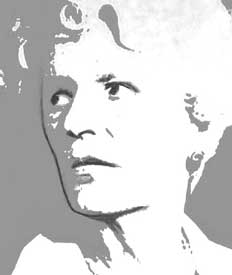 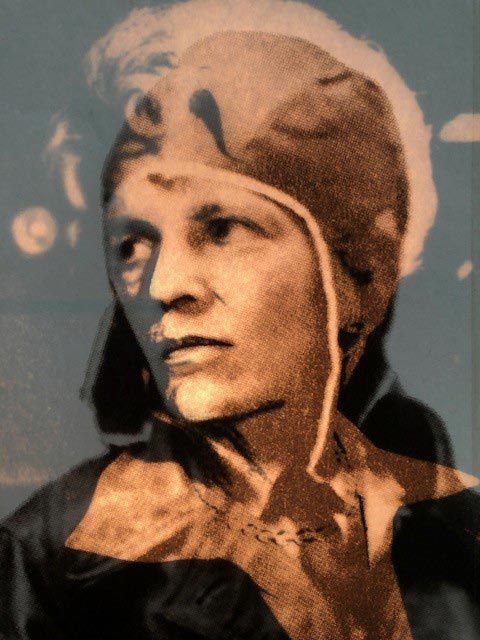 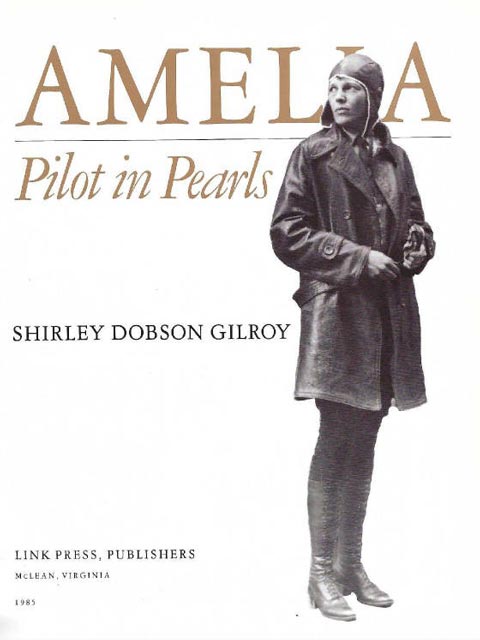 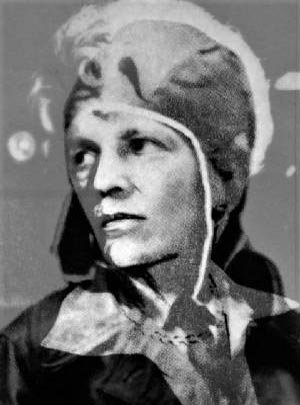 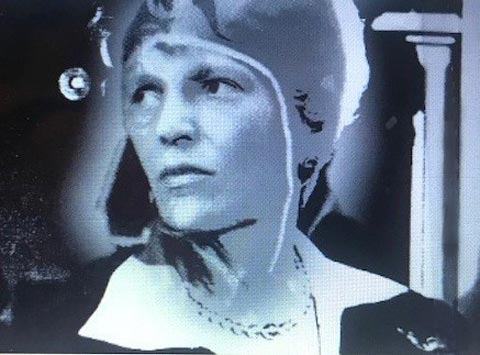 The original Irene O’Crowley Craigmile, who Amelia Earhart knew and had flown with in the early 1930s, looked nothing like Amelia.

Another famous 1930s pilot who was a good friend of Amelia’s and the original Irene O’Crowley Craigmile, was Viola Gentry. (See photos.) 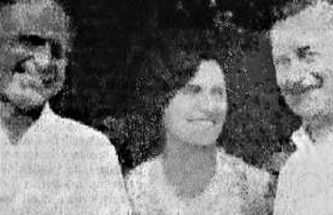 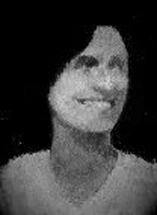 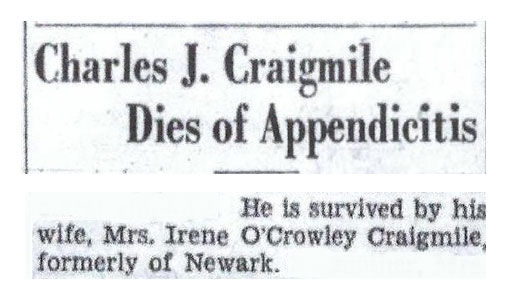 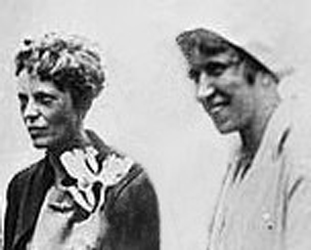 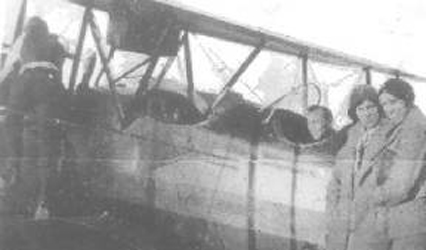 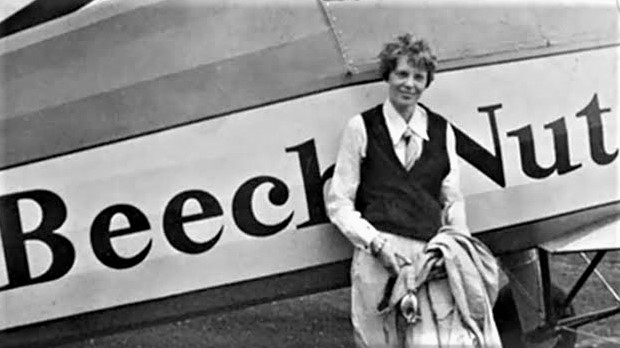 Above, Amelia Earhart in 1931, next to a Pitcairn. Autogyro she flew sponsored by Beech Nut Gum

The middle photograph, dated ‘1932’, listed Amelia climbing on the wing, Jack Warren in the rear pilot seat, and the original Irene O’Crowley Craigmile & Viola Gentry standing. The plane had recently been purchased by the original Irene. Jack Warren, Viola’s husband, was one of the original Irene’s early flying instructors. With no explanation for it, by the late 1930s, the original Irene’s physical presence was no longer evident. In time, clear photo evidence of her person was also no longer available. Viola Gentry, a famous pilot herself and a good friend of Amelia’s, later became a key figure in this story per her later-life friendship with the post-1940 Irene O’Crowley Craigmile.

“Nobody ever had such an all inspiring way and understanding of people as Amelia. She was like a dancing sunbeam.” 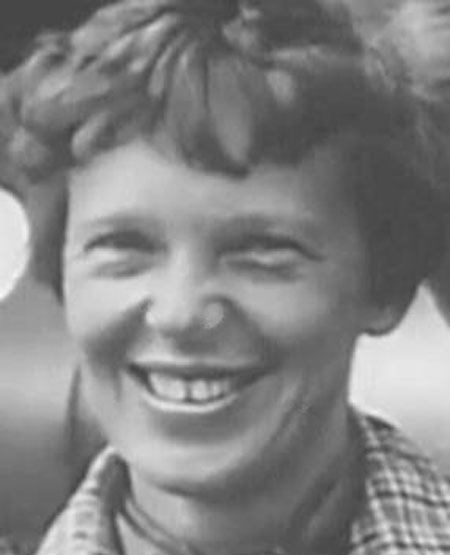 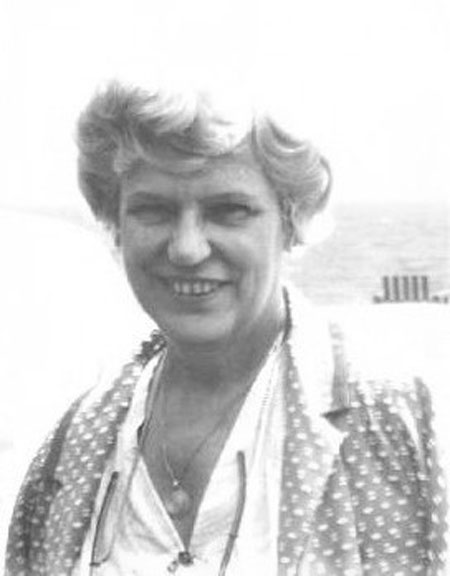 Image C: Photo taken in 1965 by Joseph A. Gervais, USAF (Ret.) on the day that Viola Gentry introduced him to the post-1940 only Irene O’Crowley Craigmile

For people who have a hard time seeing the former Amelia Earhart
in the 1965 Joseph A. Gervais photo, consider the following:

“It is nearly impossible even for families to recognize a loved one after thirty years of absence, so greatly has the self altered. And a little reflection upon the changing quality of consciousness is sure to give us some insight into the numberless selves our surface minds and egos have become since first appearing in the world.”

In 1965, it was first suspected that the distinguished looking person who was known as Irene O’Crowley Craigmile from the 1940s on, had previously gone by the name of Amelia Earhart.

In 1970, it was publicly asserted that she was the former Amelia Earhart, yet she strongly denied it within the context of a national news story, and for the most part people accepted her denial.

In Image D: The post-1940 only Irene O’Crowley Craigmile (Bolam) faces the press in 1970. She denounced the contents of the new book, Amelia Earhart Lives, (shown held in the foreground). Amazingly, no one thought to compare her to Amelia. Decades later in the 2000s, Protecting Earhart’s study of Amelia’s life story became the first one to include an Amelia to Irene, forensic comparison analysis.

After the post-1940 only Irene denied that she was Amelia Earhart incognito, few bothered to evaluate the foundation of the story that led to her news conference where she boldly faced the press. It also did not register to anyone back then, that the assertion stating she had previously been known as Amelia Earhart, somehow managed to avoid being forensically addressed.

Keep going to learn more about the resilient nature of these unrecognized realities, that were swiftly dismissed out of hand by Amelia’s family and pseudo historians, leaving pop-culture to not take the Amelia became known as Irene claim seriously for the next half a century. [1970-2020] 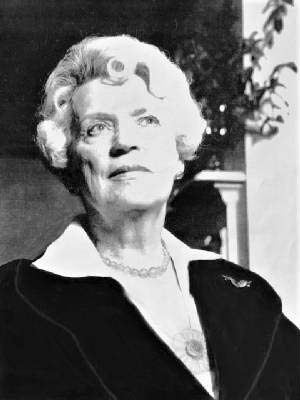 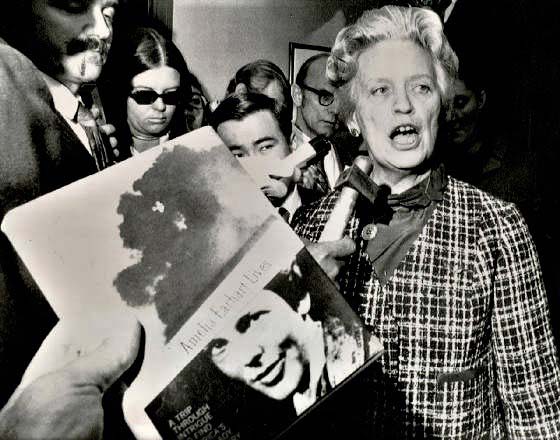 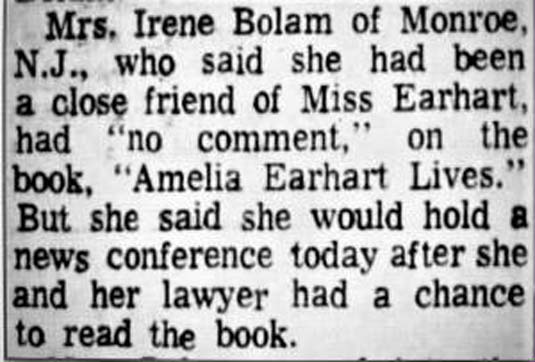 [Viola Gentry was the individual wh0 introduced Joseph A. Gervais to the post-1940 only Irene in 1965.] 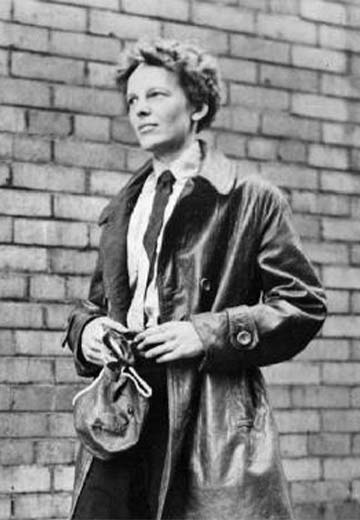 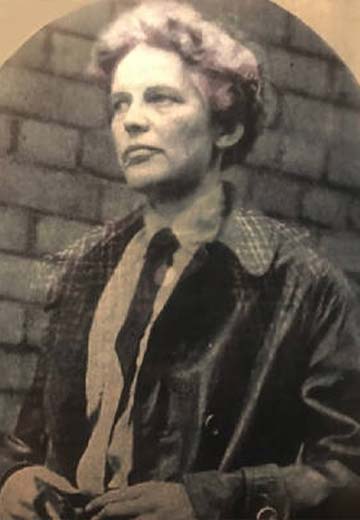 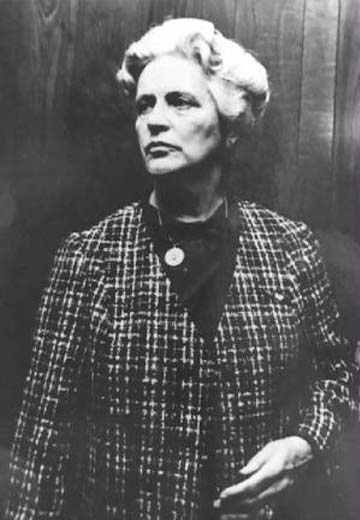 The former Amelia as ‘Irene’ 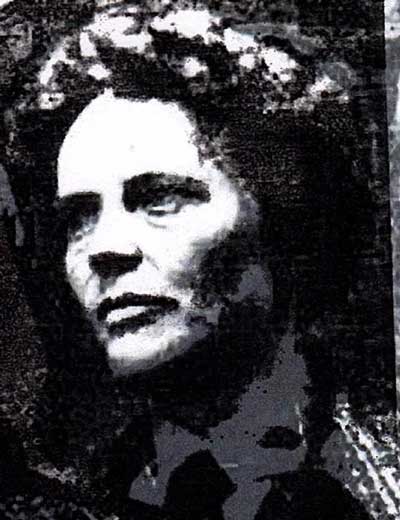 Sometimes hidden realities surface and must be dealt with.

Continue With The Study

GO TO NEXT PAGE

After meeting some World War Two veterans who insisted that Amelia Earhart privately lived well beyond the war years, Writer-filmmaker, Tod Swindell, developed a consuming interest in the facts attributed to Amelia Earhart’s disappearance and missing person case, that led him to orchestrate a comprehensive forensic research study that featured an in-depth ‘Amelia to Irene’ comparison analysis, the first one ever done.

The complete Study was inspired by the original findings of Joseph A. Gervais [of the ‘Operation Earhart’ investigation Gervais conducted from 1960 to 1970] and a long time collaborator of his, Author Randall Brink. The study features over ten-thousand pages of rare documents, analytical text, photographs, human physical and character trait comparisons, maps, charts, and past-obscured, but once again revisited investigative research findings.

The condensed Protecting Earhart MSS features 415 total pages; 110 of which exclusively exhibit logistical and visual elements drawn from the overall ‘Amelia to Irene’ Comparison Analysis. From a layman’s viewpoint, the Study results appear to exhibit Amelia Earhart’s ongoing existence after World War Two with the re-purposed name of, ‘Irene O’Crowley Craigmile’ applied to her person. (Surname of ‘Bolam’ added by marriage in 1958.) It also examined the post-World War Two, ‘let’s move on‘ logic that left the general public out of the loop of the complexities that surrounded Amelia’s 1937 disappearance. Simply put, a year and a half after she was declared ‘missing‘ in 1937, Amelia Earhart was declared ‘dead in absentia‘ in 1939, a declaration that has never changed.

The intention to keep the name ‘Amelia Earhart’ exclusively associated with a dead person no matter what, evidently came into strong focus during the final days of World War Two. The controversy over the post-1940 only Irene was most notably exposed by a close friend and confidant of the post-1940 Irene’s, former Seton Hall College President, Monsignor James Francis Kelley. In the 1980s and 1990s, Monsignor Kelley admitted to select individuals that his friend, Irene, actually did used to be known as Amelia Earhart, and that he had helped her to become Irene Craigmile during the final days of World War Two. Non-believers insisted that the well-known monsignor was ‘senile’ and his mental condition caused him to fabricate his statements about his friend, Irene. People who knew Monsignor Kelley well, however, remarked that the monsignor was ‘quite lucid’ when he described to them what he did about Amelia Earhart quietly living on and becoming known as ‘Irene’.

When regarded seriously, what would have theoretically been Amelia Earhart’s post-loss FWPP (Federal Witness Protection Program) that allowed her to become the new Irene O’Crowley Craigmile from the 1940s on, would have been something most likely put in place under the omniscient guise of the federal government’s long time FBI Director, J. Edgar Hoover. The FBI’s ‘Amelia Earhart’ file contents from the World War Two years, that included Mr. Hoover’s signatures, indicated an awareness that he had gleaned pertaining to indications of Amelia Earhart’s ongoing existence during the war years under the auspice of Japan. Mr. Hoover was still the Director of the FBI when the ‘did Amelia become known as Irene’ assertion first surfaced in 1970, and he was sure to remain silent about it, where otherwise he would have been expected to weigh-in with an FBI opinion. Hindsight also reveals that no one from the Federal Government of the United States offered an official opinion at all toward the Amelia-Irene matter after the controversy surfaced, and it remained that way ever since.

Importantly as well, the 1970 claim stating that Amelia lived-on and became known as ‘Irene’ from the 1940s on, was never disproved.

The complete Study is available for review on a selective basis. The portions displayed here are revealing of the overall Amelia-Irene congruence controversy.

Copyright © Irene-Amelia.com & The Swindell Study | All Rights Reserved | Design by Not Without Us